Tagline: It’ll come, he knows it will

It’s 2015 and Matthew London has finally realised his dream. Now a successful writer and author with a bestselling book, another on the way and hints of TV and Film interests humming in the breeze.

At thirty-two and still single the world is his oyster. But he’s not happy. Something else occurred back in 2014 when everything kicked off.

That occurrence was Rebecca Rice – Matthew’s literary agent and love of his life. But there’s a problem with that scenario – she doesn’t know and Matthew’s too scared to tell her. Not because he’s shy or introvert, but because his manhood hangs in the balance. Here’s the thing, it was love at first sight and there’s no way any man can escape such an experience.

Does Rebecca feel the same way? It’s hard to tell. She’s a successful woman with a mind of her own.

Matthew is caught betwixt the devil and the deep … well, you get the idea. And with only one thing in mind he sets his course firmly on forward.

Can one man cope with the emotions of love and success all at the same time?

Matthew constantly tells himself: ‘I am man’. But is he a modern man and if so, will it be enough? 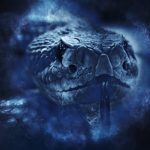